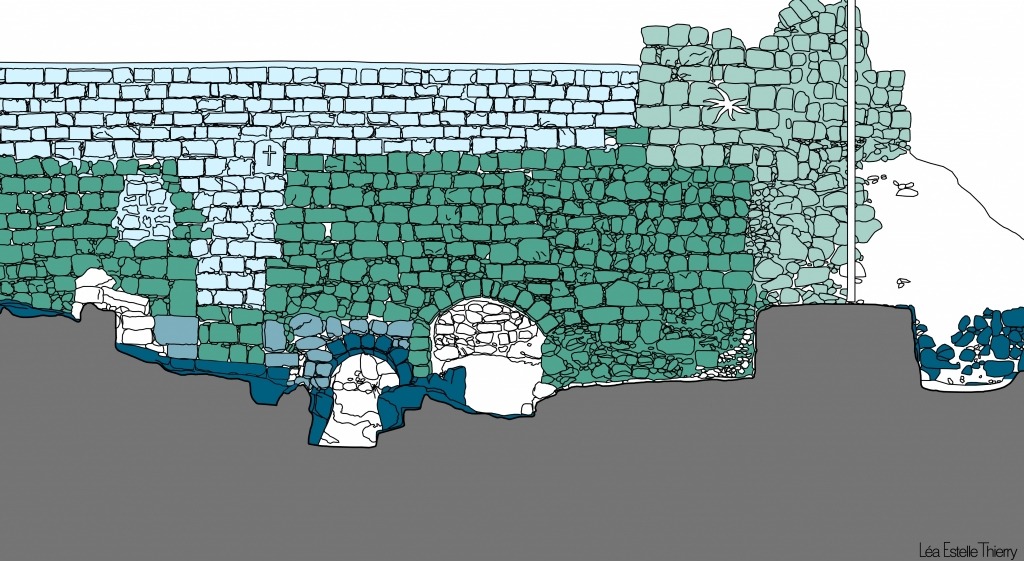 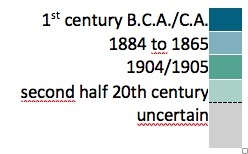 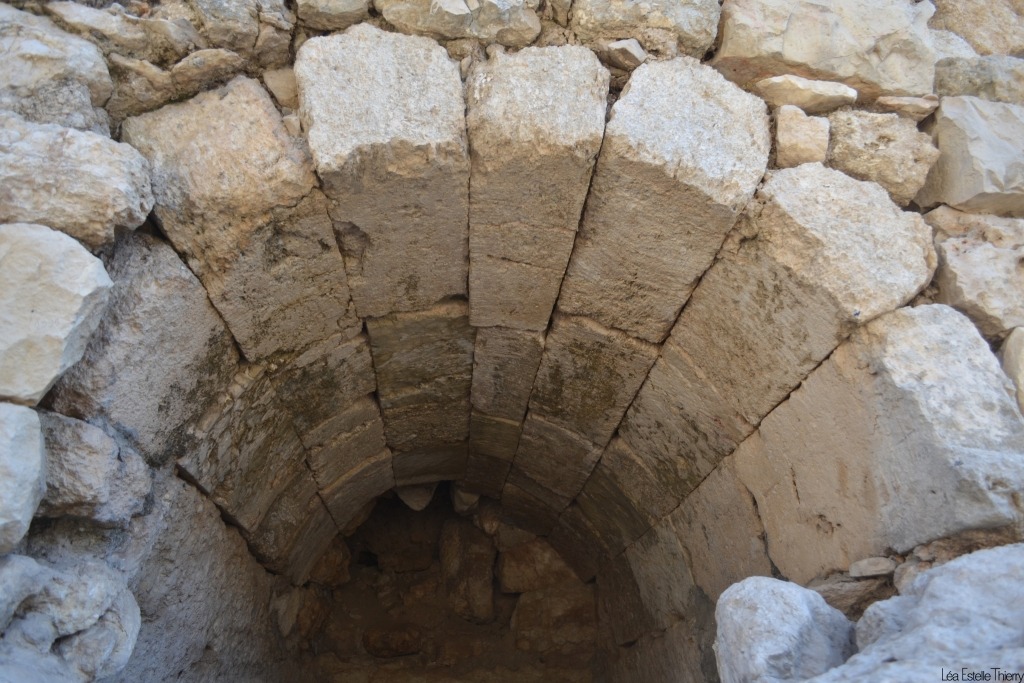 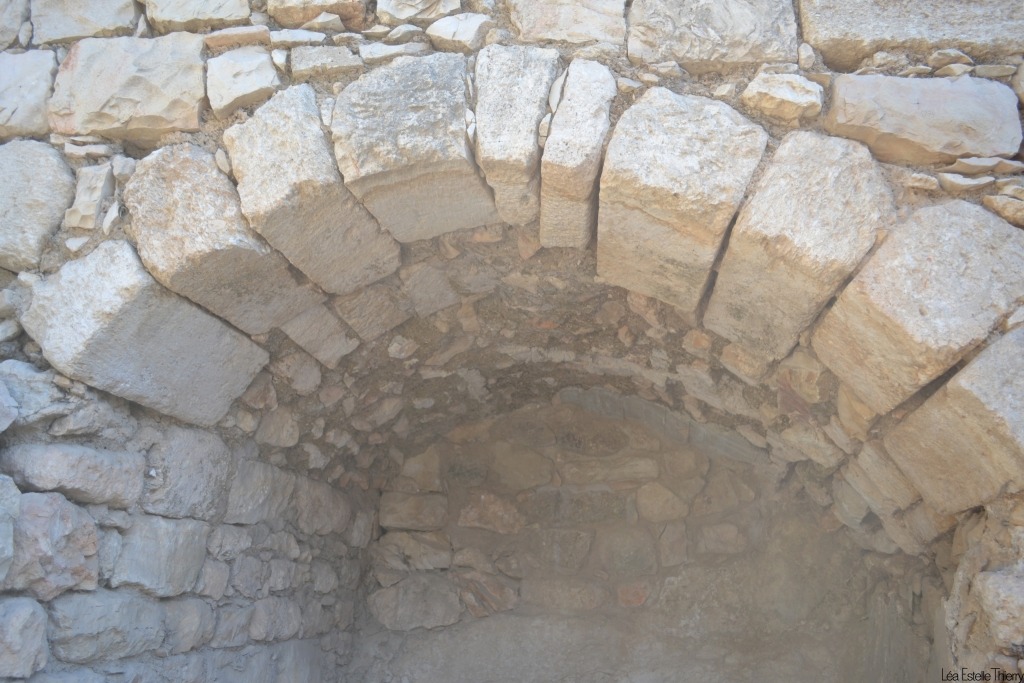 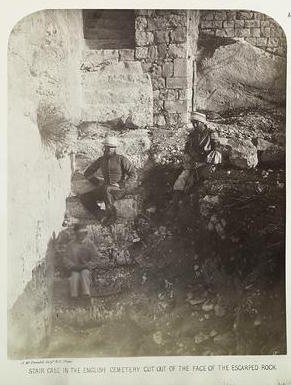 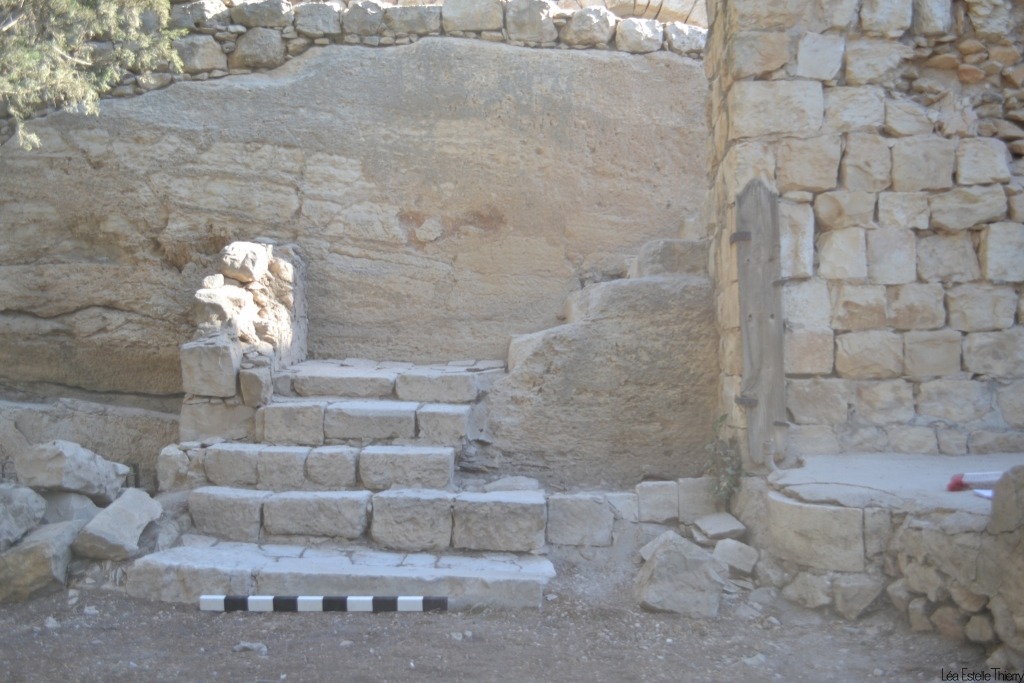 The base for the oldest phases is the hewn rock. It has been formed into a podium on the outside of a small gate (postern). The walls, as well as a massive tower (today, the walls C and E of later times rest on the towers remains) to the east of the miqvaot, also rest on hewn sections of bedrock.

In the rituals baths, some features hint for a dating between the 1st century BC and the 1st century AD. Both baths have been hewn into the rock with multiple layers of plaster applied to their walls. The basins can be reaches via rock-hewn stair. In the south-eastern bath, the stairs are separated to separated, cleaned visitors from uncleaned ones. Additionally, the vault of the north-eastern bath, built of hewn stone without mortar, is a technique commonly used during the timeframe mentioned above.

This dating is also supported by measurements, connecting the baths with the Gate of the Essenes. Around 1875 Maudsley was able to observe and photograph the staircase leading up to the platform from which the ritual baths can be entered. Today, most of these steps are today covered by the platform built for the cemetery. According to Maudsley’s measurements, the first step of the staircase was found at 746,874 m NN. This measurement closely resembles the level of the threshold of the gate of the Essenes –entrance to the city during the times of Herod the Great¬– with 746,863 m NN. The weathering of northwestern vaults stones resembles that of the threshold of the postern.

From the establishment of the cemetery to the Wilson photo.

In 1848, Samuel Gobat acquired the plot of land on which today the Bishop-Gobat School and the cemetery are located. With the construction of the cemetery’s enclosure, the south-eastern miqve must have been rebuilt. Its construction differs from that of its counterpart with its well-built, mortar-less vault.  The vault of the south-western bath lines up with the face of the cemetery’s enclosure, hewn stones, possibly older, have only been used above the entrance. The remainder of the vault had been constructed in a fashion common during Osman times – using quarry-stone, rubble and mortar.

Wilsons photography from 1865 (see image on the left) shows that the wall bordering the upper level containing the miqvaot had already been constructed in dry-wall technique.

Redesign and enlargement of the cemetery in 1904/5 and modern changes.

The slab-pavement of the intermediate landing and the level containing the baths have been lain after 1865, together with the intermediate landing and the new staircase. All walls in which cement was used are to be dated after 1904/5. During the most recent reconstruction of the cemetery at the end of the 20th century, the cistern was covered with a steel-concrete slab.