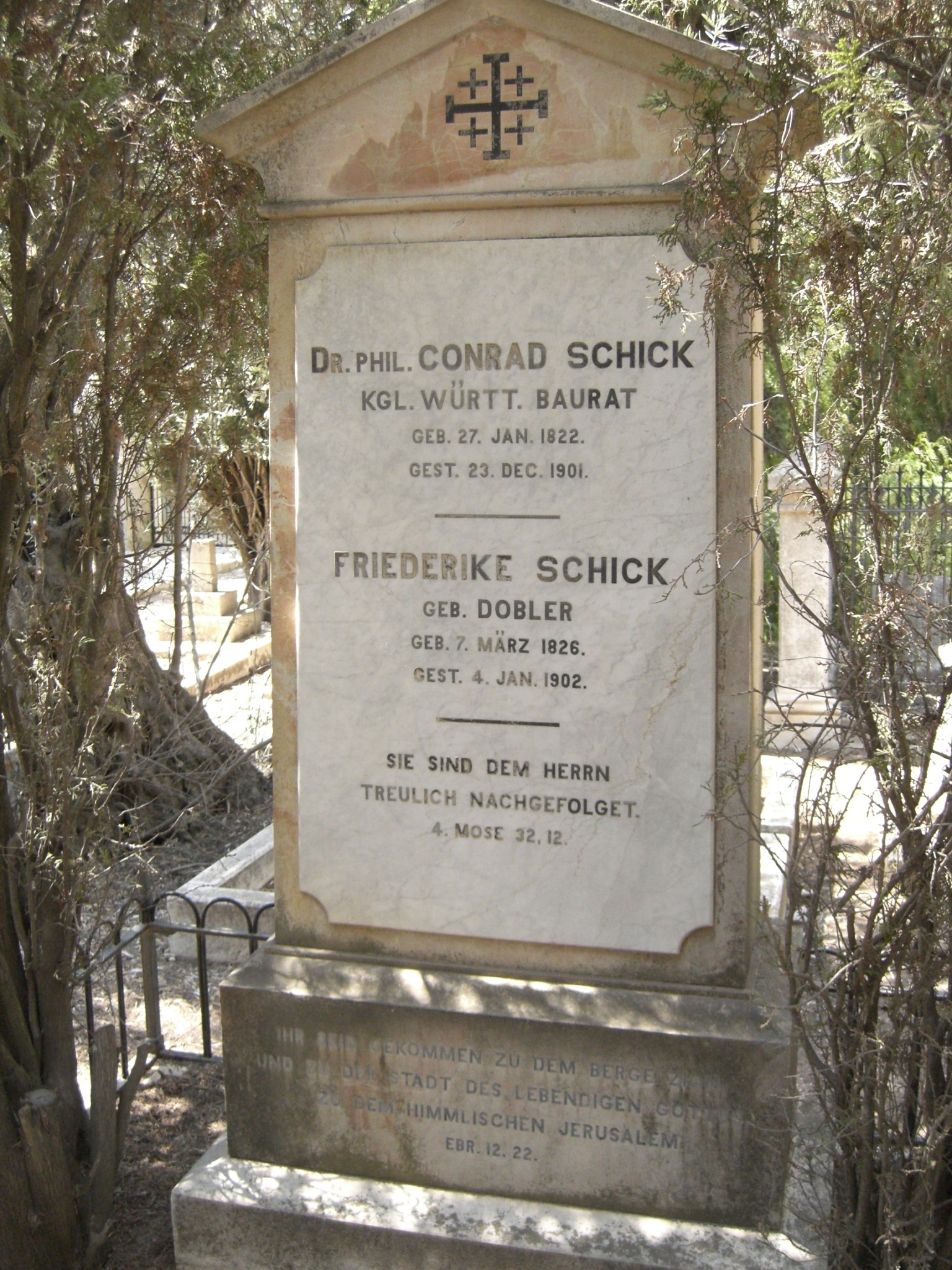 The grave of Conrad Schick – the first archaeologist of the city of Jerusalem – is located on the Anglican-Prussian cemetery, not far from the GPIA excavation Area I.

Mount Zion is located in the south-west of today’s historic city center. It had been included in the walled city of Jerusalem throughout various eras. The relevance of Mount Zion for archaeology lies less in the religious places of Jews, Christians and Muslims that are located here today, but in its impact on the history of the city of Jerusalem during the Early Iron Age (IIB/C) and from the Hellenistic (Hasmonean) period until the Byzantine era. The GPIA’s excavations are located along the southwestern slopes of Mt. Zion: the ‘Anglican-Protestant Cemetery’ (Area I) and the ‘Greek Garden’ (Area II), to the north, on the way towards the Benedictine Dormition-Abbey. The Anglican-Protestant Cemetery was established during the mid-19th century by a joint diocese of the Anglican and the Prussian church. While the diocese was disbanded after a few years, the cemetery continued to be used by both parties, and an extension towards south has been added. Graves on the latest terrace, located near the excavation, suggest it was established in the early 20th century. The ‘Greek Garden’ is owned by the Greek-Orthodox Church and is open to public as a national park. The area is located close to today’s places of worship on the plateau of Mount Zion and until today has mostly been saved from building activity during modern times. 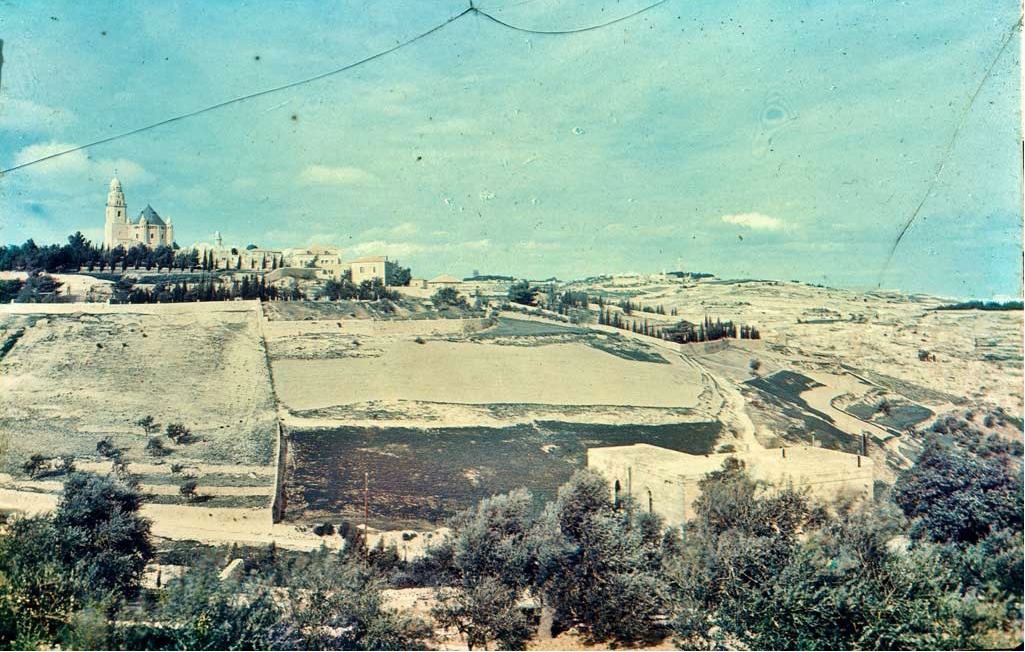 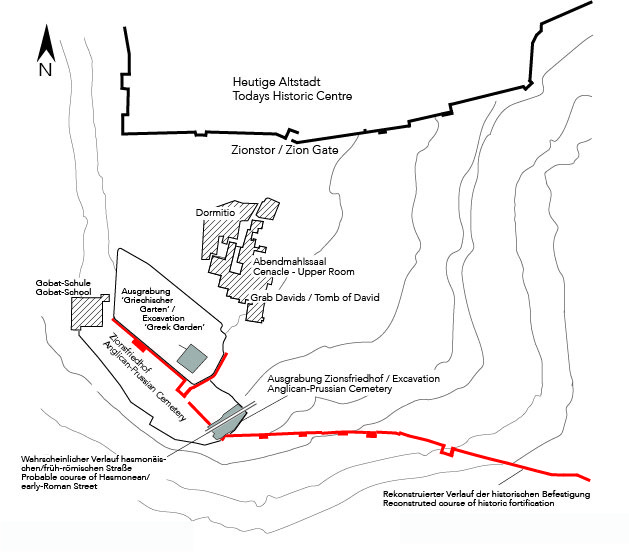